The Santa Clara Convention Center features fully equipped, high-tech facilities that can accommodate events of all types and sizes, including conventions, trade shows, weddings and receptions, corporate meetings, banquets, and any type of special occasion. Between its flexible space, friendly staff, additional services and multiple accommodations, your event will certainly be a success. Located in Silicon Valley location, just south of San Francisco, your guests will have numerous nearby hotels, restaurants, and all types of entertainment available.

With 302,000 square feet of space available, Santa Clara Convention Center has the perfect space to transform into the vision you have in mind for your meeting, event or special occasion. Whether you need a simple breakout room for a small business meeting, a gorgeous ballroom for a gala, banquet, or wedding, a large column-free exhibit space for a larger trade show or convention, or a theater for a recital, show, or business presentation, the Santa Clara Convention Center can take care of it all. 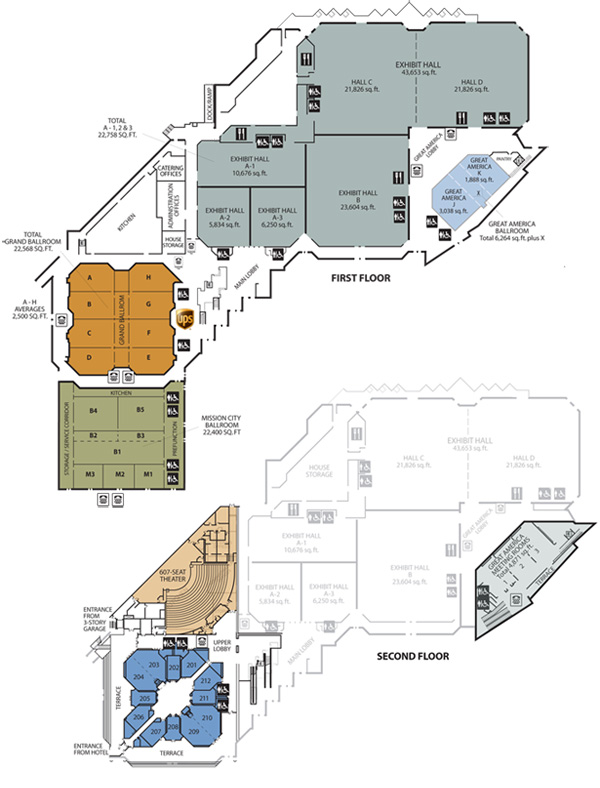 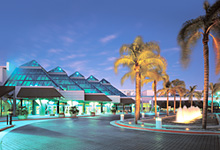 The fact that two years ago we had less than 1,000 attendees at Internet of Things World and this year we had over 10,000 represents the widespread belief that IoT technology is here to stay,” said Gavin Whitechurch, Founder of Internet of Things World. “Companies are no longer just considering IoT, but are creating and advancing real–world solutions. We’ve already received signups for next year’s event and are looking forward to continuing to be at the center of IoT innovation.”

Three hundred and seventy-five speakers covering topics such as IoT security, architecture, smart homes, local infrastructure, wearable technology and the Industrial IoT. Startup City featured over 70 startups showcasing the latest technology advancements across the IoT market. Current, powered by GE, announced Ukrainian Ciklum’s engineering team as the grand prize winner of the IoT for Cites Hackathon who was awarded $10,000 cash. The team developed an integrated platform which operates with an autonomous external defibrillator (AED), designed to save human lives. The platform alerts first responders, gathers information about the victim, alerts of the nearest hospitals and gives voice prompts to doctors.

Next year, Internet of Things World will take place May 16-18, 2017 at the Santa Clara Convention Center. Speaking proposals are now open and will be accepted on a rolling basis. For more information and to submit a proposal, please visit: http://bit.ly/1YGKTIv

About Internet of Things World

Internet of Things World 2016 is the world’s largest and most comprehensive IoT event with over 10,000 attendees, 350+ industry thought leaders and 200+ exhibitors. This year the conference will focus on monetizing the IoT revolution by bringing together ecosystem-wide attendees, stakeholders and investors. Internet of Things World provides a unique opportunity to meet key players within the marketplace.

With a comprehensive conference agenda covering everything from manufacturing to smart cities, connected cars, the smart home, healthcare, energy & agriculture, supply chain & logistics plus much more, Internet of Things World 2016 boasts the most comprehensive IoT agenda in the world. In addition to conference passes this year, the event will also offer free exhibition-only passes for those wishing to browse the expo hall, allowing visitors access to selected summits and the exhibition floor for networking and meeting news suppliers.

For more information about the conference please visit www.iotworldevent.com. 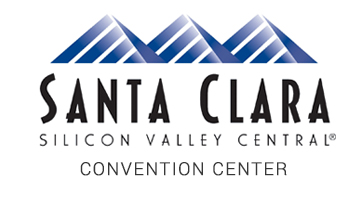 © Copyright Since 2008 EventsInAmerica.com All Rights Reserved.